For theater-lovers, one of the few silver linings of our current situation is the ability to watch theater from all over the world. It may not provide the same magic as experiencing a live performance, but it helps fill the void. From local venues sharing their current season, to streaming services highlighting Broadway shows from decades past, to small experimental theaters in New York and large national theaters in Europe releasing classics from their archives—the options are endless! But how do you choose?

To help you out, Cal Shakes is going to keep a running list of resources, shows, streaming services, and other theatrical offerings from around the globe. Each week we’ll highlight five pieces that we think look cool. Check back here for more content and feel free to leave a comment with your own suggestions.

Filmed lived at the New Jersey Performing Arts Center and directed and choreographed by Jennifer Weber, the “contemporary dance spectacle” is set to Tchaikovsky’s music and includes a short set from MC Kurtis Blow, one of hip hop’s founding fathers. Available through Jan 3 live and on-demand; tickets start at $25.

If you’re looking for ballet, you can watch New York City Ballet’s 2019 production of Balanchine’s Nutcracker on MarqueTV through January 3. Tickets are $25 (includes a 1-month trial of MarqueTV).

Hershel and the Hanukkah Goblins

Adapted from the award-winning children’s book of the same name and directed by Spencer Ryan Diedrick, this family-friendly show offers a bit of magic and an opportunity to sing along. The show runs through December 20 with live performances at 11 am and 2 pm PST on Saturdays and Sundays. Tickets are either $25 or $30 per household ( and the VIP version includes pre and post-show opportunities); a portion of ticket sales go to The Jewish Council of Urban Affairs.

Jack and the Beanstalk

Though plays like A Christmas Carol exist in Britain, pantomimes (or pantos) are just as—if not more—popular. Not all related to miming but closer to commedia dell’arte, this raucous holiday tradition combines a classic fairy with music, comedy, drag, and over-the-top costumes in a show fun for the whole family. created and starring Iain Launchlan, Jack and the Beanstalk was developed and performed live with 2020 in mind. Directed by Paul Gibson and running just over an hour, the Belgrade Theatre offers ways to watch the show with your family near and far. Running through December 31 on demand; tickets are £16 ($21.70). You can also catch the National Theatre’s panto, Dick Whittington, for free on their YouTube channel December 23-27.

Known for his Tony Award-winning solo performances, it should be no surprise that every critic is raving about Jefferson Mays’ solo  A Christmas Carol where he plays 55 different characters. Filmed live in October, this new version of the classic story was adapted for the Covi-19 audience but don’t expect your typical saccharine holiday story or anything resembling Zoom. Director Michael Arden says on the website that he wants the audience to jump within the first 5 seconds—so maybe don’t bring your youngest children. This version is much closer to the original Dickens than most. Streaming through Jan 3; tickets are $30.

There are so many Christmas Carols, it was impossible to pick just one. We’re also intrigued by Manual Cinema’s world premiere adaption that features over 100 paper puppets and a live original score.  Running live from Chicago through December 20; tickets start at $15.

And then there’s Estella Scrooge: A Christmas Carol with a Twist—a modern musical adaptation with a female Wall Street tycoon in the title role. Or if you’re looking for a traditional version, check out the Old Vic’s production featuring Andrew Lincoln in the title role (streaming live through December 24).

Christmas at the (Snow) Globe

If you’re missing carols this year, Shakespeare’s Globe has you covered with a 45-minute sing-along featuring magic, snow, and joy for the whole family.  Adapted for film by Pip Broughton and performed in Shakespeare’s empty Globe, this is piece will fight all your pandemic holiday blues. Available on demand through January 5;  £15 ($20.26).

Meet Me in St. Louis

Filmed remotely and following social distancing guidelines, Irish Rep presents an adaption of the 1989 Broadway musical based on the 1944 Judy Garland film. The company last performed the full show in 2007 and come to you now with a brand new version of the heartwarming holiday story. Running through Janaury 5 with a variety of pricing options.

List of all things streaming developed by theater-lovers near and far:

Streaming services you may not have heard of: 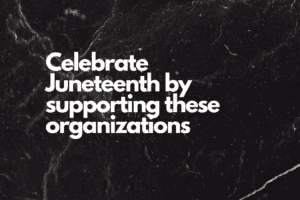 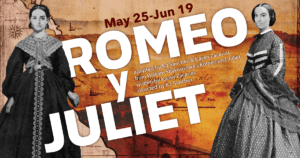