from the play by William Shakespeare
bilingual adaption by Karen Zacarías
May 25 -June 19, 2022!

Our 2022 Season of Shared Light opens with Romeo y Juliet, Shakespeare’s most iconic tale of young love presented in a bilingual adaptation by Karen Zacarías. Director KJ Sanchez returns to the Bruns after a national tour of Cal Shakes’ 2018 hit Quixote Nuevo to imagine these star-crossed lovers as two daughters before the backdrop of Alta California, as California was known during Spanish Colonial and Mexican rule. Originally scheduled for Cal Shakes’ 2020 Season but cancelled due to the COVID-19 pandemic, the production returns with many of the original cast members.

COVID-19 PROTOCOLS:  Proof of vaccination or negative PCR or Antigen test and ID required. Masks are encouraged when indoors at the Bruns. Masking is not required in the amphitheater.

GROUNDS: Open 2 hours before the show; the cafe is serving food and drinks.

BART SHUTTLE: Running 2 hours before the show to and from Orinda BART; look for the Shuttle Bus that says Cal Shakes.

DRESS: check the weather before you go! It gets very cold at night. Lots of layers, coats, and blankets are recommended!

The season opens with Romeo y Juliet, Shakespeare’s most iconic tale of young love presented in a bilingual adaptation by Karen Zacarías. Director KJ Sanchez returns to the Bruns after a national tour of Cal Shakes’ 2018 hit Quixote Nuevo to reimagine these star-crossed lovers!

Proof of vaccination or a negative PCR or Antigen test result is required to attend.
Read about all our COVID-19 Protocols before you attend.

(Tybalt, Paris, ensemble) Hugo Carbajal (he/him/his) has been a theatre artist for over 20 years as an actor, director, and teacher. Served as a performer educator with Educational Theatre at Kaiser Permanente in Oakland for 8 years. Hugo is happy to return to Cal Shakes for this production. He has also played with companies such as SF Mime Troupe, Shotgun Players, Cuttingball Theatre, TeatroVision, Bay Area Children's Theatre, Playground, Hartford Stage, Huntington Theatre, and The Alley among others. Currently a professor of drama at Los Medanos College and CSU Channel Islands. Hugo is actively pursuing a career on TV and Film in Los Angeles. Look for him on shows like SWAT, Bosch, Good Girls, Brooklyn Nine Nine, and more. Follow @hugoecarbajal In loving memory of Emilio Delgado.

(Lady Capulet, ensemble) Born in Venezuela. Eliana (she/her), at age of 16 started her professional work with the National Company of Theater of Venezuela as "Juliet" in Romeo and Juliet by W. Shakespeare. Since then she has been working for more than 15 years in Television Series, theater and films in Mexico, Venezuela and USA. Her performances have gained her various nominations and awards as best main actress. In 2009, she moved to San Francisco to start a family and become a mother. She is the founder of Mukupati, organic and sustainable children's clothing. She is married and the proud mother of two boys 12 and 4. She resides in San Francisco with her family.

(Juliet) Vero Maynez (she/they) is a queer, Mexican-American actor and teaching artist, and is thrilled to be making her Cal Shakes debut! Her regional credits include: Feel the Spirit, Shotgun Players (Gabriela); and The Christians, SF Playhouse (Choir). Vero has also worked on staged readings with Berkeley Repertory, Crowded Fire, and B8. A graduate of DePaul University’s MFA Acting Program, Vero’s Chicago credits include: The Snow Queen, The House Theatre (Chione); and Bechdel Fest: Momentum, Broken Nose Theatre (Chiara). Onscreen, Vero has commercial and Tik Tok credits with Cheez-It—among other upcoming projects. Vero holds a BA in Theatre & Performance Studies from UC Berkeley with a minor in Spanish. She has additional training from American Conservatory Theater, 250-Hours of Yoga Teacher Training Certification, is a Teaching Artist with Writers Theatre, and an Artistic Associate at Prop Thtr. Vero is represented by Paonessa Talent Agency and Manager Tim Angle of Shelter Entertainment. www.veromaynez.com, @veronicamaynez

(Benvolio, ensemble) Brady Morales-Woolery (he/him) is a Bay Area based actor. Favorite roles include: Andrej in Once (42nd Street Moon), Josh Watson in The Watson Intelligence (Shotgun Players), Octavio in Retablos (Word for Word), Paul in Bright Shining Sea (SF Playground), and Paul in Barefoot in the Park (Willows Theatre Company). He originated the role of Mario Savio in FSM, a musical about the free speech movement at UC Berkeley. Onscreen he has appeared in the feature films Quitters, Pushing Dead and The Internship. He holds a B.A. in Theatre from U.C. Berkeley.

(Adaptor/Playwright) Karne Zacarías (she/hers/ella) was recently hailed by American Theater Magazine as one of the most produced playwrights in the US. Other plays: The Copper Children, Destiny of Desire, Legacy of Light, Mariela in the Desert, The Sins of Sor Juana, and adaptations of Just Like Us, The Age of Innocence, Into the Beautiful North, How the Garcia Girls Lost Their Accent and a bilingual Romeo y Juliet. She’s the author of ten renown TYA musicals and the librettist of several Ballets. She is a core founder of the Latinx Theatre Commons- a national organization of artists seeking to update the American narrative, and she is the founder of the award-winning Young Playwrights’ Theater (YPT). Voted a 2019 Washingtonian of the Year for her arts advocacy; Awarded 2019 Sine Fellowship at the American University School of Public Policy; 2019 Lee-Reynolds-Award for “social, cultural, or political change with theater” League of Professional Theater Women; 2019 Children’s Theater Foundation Medallion; 2019 speaker at TEDX Broadway; 2021 United Artists Fellowship. Karen lives in Washington, D.C. with her husband, three children, two dogs. She’s published by Concord Theatricals, Dramatic Publishing and has a collection of plays with Oberon Books. www.karenzacarias.com

(Director) KJ (she/her) is the founder and CEO of American Records, dedicated to making theatre that chronicles our time, theatre that serves as a bridge between people. She is also an Associate Professor at UT Austin and head of the MFA Playwriting/Directing programs. For Cal Shakes, KJ directed Octavio Solis’s Quixote Nuevo which went on to tour Hartford Stage, The Huntington and The Alley. As a director, KJ has worked at (select list) The Guthrie Theater, Milwaukee Repertory Theater, Cincinnati Playhouse in the Park, Studio Theater in DC, and off Broadway. As a playwright, KJ’s been produced at (select list) Berkeley Rep, Baltimore’s Center Stage, Cincinnati Playhouse in the Park, Playmakers Rep, Asolo Rep, Actors Theatre of Louisville, Two River Theater Company, Frontera Rep, Round House, Cornerstone Theater Company and Off-Broadway at Urban Stages and Here Arts. As an actor KJ performed at the Brooklyn Academy of Music and internationally including the Toga-Mura Festival in Japan and the IberoAmericano Festival in Bogota, Columbia. She is the voice of many characters in the cartoons Dora the Explorer and Go Diego Go. KJ is a Fox Fellow, MacDowell Fellow, Douglass Wallop Fellow, and a recipient of the 2014 Rella Lossy Playwright Award.

(Scenic Designer) Tanya (she/her) designs performance spaces for theatre, opera and immersive experiences. Originally from San Francisco’s Mission District, she has been a core member of the award-winning ensemble Campo Santo since 2008, participating in their intimate new work process, conceptualizing and designing sets alongside the writing process. Her design collaborations include: The Industry’s Sweet Land, a world premiere immersive opera directed by Yuval Sharon and Cannupa Hanska Luger at L.A. State Historic Park, the Mexico premiere of Angels in America directed by Martín Acosta at Teatro Juan Ruiz de Alarcón (Mexico City), and ACT’s Fefu and Her Friends directed by Pam MacKinnon. She holds a MFA in Scenic Design from CalArts and is the 2016 recipient of the Princess Grace Fabergé Theatre Award. She is a member of WingSpace Theatrical Design and an organizing member of La Gente: The Latinx Theatre Design Network.

(Sound Designer) Madeleine Oldham (she/her) is a sound designer based in Oakland, CA who is delighted to be making her Cal Shakes debut. She has created work with companies around the country including ACT San Francisco, Berkeley Repertory Theatre, Lightning Rod Special in Philadelphia, Marin Theatre Company, Kansas City Repertory Theatre, Geva Theatre Center in Rochester, NY, Crowded Fire, and more. You can hear her on KALX radio as DJ Madame X. Madeleine believes that stories hold power for both good and evil, and it’s up to us to keep this knowledge close and use it well. She also understands that the best sport is ice hockey, and wiener dogs are the embodiment of joy.

(Resident Dramaturg) Dr. Philippa Kelly (she/her) is Resident Dramaturg for California Shakespeare Theater (Cal Shakes). Philippa moved to the Bay from Australia in 2002. She has been awarded fellowships from the Fulbright, Rockefeller, and Commonwealth Awards, and grants from the California Arts Council, the National Endowment of the Humanities, the Walter and Elise Haas Foundation, and the Literary Managers and Dramaturgs of the Americas. Philippa has published 11 books, 48 internationally peer-reviewed articles, and 52 playbill articles. Her Arden book, The King and I, is closest to her heart, illuminating King Lear through the lens of Australia’s history of outcasting. Philippa is Chair and Professor of English at the California Jazz Conservatory, Professor of Theatre at San Jose State University, and currently Visiting Professor of Theatre at St. Mary’s College of California.

(Dramaturg) Ken (he/him/his) is a veteran dramaturg, writer, creative consultant, and organizational leader. His dramaturgy is most prominently reflected in the innovative Broadway hits Hadestown (8 Tony Awards, including Best Musical) and Peter and the Starcatcher (5 Tony Awards). During his 16 years at Disney Theatrical, Ken developed over 70 titles for Broadway, touring, international, and licensed productions, including The Hunchback of Notre Dame, Freaky Friday, Aladdin, Newsies, The Little Mermaid, High School Musical, and Tarzan. He adapted several Disney librettos for young performers; conceived and developed Marvel Spotlight plays for teens; and edited Peter and the Starcatcher: The Annotated Broadway Play (2012) and Newsies: Stories of the Unlikely Broadway Hit (2013). Ken’s freelance dramaturgy credits include the new musical The Remarkable Journey to Tianguo (regional premiere 2023); the chamber opera Blood Moon (2020 PROTOTYPE Festival, NYC); the new musical Bridges (Berkeley Playhouse); and OLIVERio: A Twist on Dickens (Kennedy Center). Ken co-wrote the book for the new musical Atlantis, which premiered in 2019 at Virginia Repertory Theatre, directed by Kristin Hanggi (Rock of Ages). Several other musical writing projects and a TV series are currently in development. Ken is past president of Literary Managers and Dramaturgs of the Americas (LMDA), co-founder of the American Theatre Archive Project, and Artistic Director of Two Turns Theatre Company. He serves on the boards of New Light Theater Project, VideoOut, and Soul Slice and holds a Ph.D. in theatre history and criticism from the University of Washington.

(Music Director) Phil is a multi-hyphenate artist from Oakland, CA aka xučyun (unceded Chochenyo Ohlone land). He was last seen at The Bruns in The Good Person of Szechwan, but has since collaborated with Cal Shakes on a digital staged reading of Ellen McLaughlin's The Oresteia and Mystery Shakespeare Theatre 1592. He is a co-founder of Bay Area Theatre Cypher, a collective of artists and activists who live at the crossfader of Theatre and Hip Hop. Phil has been active in the Bay Area arts community since he was very young and is working to make his art more conscious, empathetic, relevant, and revolutionary. IG: @phillywongsteak @bayareatheatrecypher (he/him) 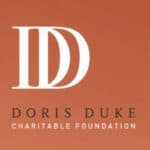