black odyssey playwright Marcus Gardley and dramaturg and Artistic Engagement Associate Lisa Evans connected across time and space (or in layman’s terms: had a phone call) and talked about recontextualizing texts, the tradition of oral history in black communities, and expanding understanding of black history.

Lisa Evans:  What’s so beautiful about this play is how you’ve taken this literary archetype of a hero’s journey and portrayed it not through the traditional mythology but through the lens of delving into this buried history. What was the process like for you in reframing this classical text and recontextualizing it?

Marcus Gardley: That’s a great question. Well, you know I’m obsessed with myths and legends and [how] a group of people from a specific culture explain creation. How do they explain divinity? How do they explain why the sun revolves around the earth; why there’s a night time and a day? I think that this act of contextualizing, of telling stories so that we have beliefs is the point of art.

What I tried to do with this play is that for one, wanted to retell a story because I feel like, especially in the African American oral tradition, the retelling is actually the point. My great- grandmother always talks about this because she’s considered the griot in our family. She really talks about that the point of the story is the retelling of it. She says “when I tell a story and you re-tell it you can add your own point to it; you can add your own spin to it. Then you add a little piece to it and you make it yours.” This retelling allows for a certain generation and new way of thinking to arise.

What I love about The Odyssey is that it’s the story of a man who is essentially lost and he’s lost not necessarily because he can’t find his way but because he has inner turmoil.  It’s really [a story about] a man who’s a on a journey to self discovery. Meanwhile his wife and son are left alone and have to fend for themselves and so it’s sort of a parallel story. I really love that sort of structure in story telling where you’re waiting the whole time to see the hero, if you will, and his family reunite. For me this was sort of the perfect context to tell the story of the history of African Americans in the United States. I feel like as a culture we are a group of people who have had an immense amount of struggle [and] this ability to survive against all odds really is remarkable and is unlike any other group of people in history. I wanted to write something that both celebrated but really gave audiences a chance to sit for two hours and look at the breadth and width of this really dynamic culture because often times when people are exposed to African American culture they get a slice at a time; Frederick Douglass did this here, Harriet Tubman did this here. But I really wanted people to sit through the whole breadth and width of it.

The chorus asks you to step in [Ulysses’] shoes because this being lost and being found really reflects to me the central point of the culture. What makes African American culture so fascinating is that there is something greater than who we are that unites us and that always allows us to get through the turmoil. We are always found, you know? We are always found when we are lost.

Below is an annotated timeline of events in African American history that are relevant to the context of the play. Our goal, as mentioned by Gardley above, is to provide as wide a breadth of this history as possible.

1865: Civil War ends in April, Lincoln is assassinated days later. KKK is formed in May by ex-Confederates. In June, 250,000 slaves in Texas receive news that the Civil War is ended. By December, the 13th amendment prohibits slavery, but every southern state has enacted laws restricting the rights of emancipated Freedmen.

1868: 14th amendment defines citizenship as those born in the US, including former slaves.

1890: Mississippi wrote a disfranchisement (lack of ability to vote) section into its state constitution. This is often considered the beginning of legalized Jim Crow.

1915: The Great Migration of African Americans from the South to Northern cities begins.

1917: First major civil rights demonstration in the 20th century, with 10,000 people marching in a silent parade in NYC

1931: The “Scottsboro Boys” are indicted in Alabama, despite flimsy charges. Over 3 trials, 4 are acquitted, and 5 are sentenced to long prison terms

1934: The Apollo Theater opens in Harlem

1945: The WWII effort increases the Great Migration to unprecedented levels, transforming American politics and laying the foundation for the Civil Rights movement in the coming decade

1952: Malcolm X becomes a minister with the Nation of Islam

1955: Emmett Till is murdered in August. Rosa Parks refuses to give up her seat on the “colored section” of a Montgomery bus

1963: Martin Luther King, Jr. is arrested and writes “Letter from Birmingham Jail,” which advocated nonviolent civil disobedience. Later that year, during the March on Washington, he delivers his “I Have Dream” speech

1966: The Black Panthers are founded

1985: Gwendolyn Brooks is the first African-American to be named U.S. Poet-Laureate

1992: A jury acquits three police officers accused of beating Rodney King. The verdict triggers a three day uprising in Los Angeles that results in over 50 people killed, over 2,000 injured and 8,000 arrested

1999: Serena Williams wins the U.S. Open Womens Singles Tennis Championship, the first African American woman to do so since Althea Gibson‘s win in 1958

2005: Hurricane Katrina hits the Gulf Coast, taking an estimated 1,700 lives, the vast majority of which are African-American people living in New Orleans

2013: #BlackLivesMatter movement is begun following the indictment of a man who killed unarmed teen Trayvon Martin

2014: Michael Brown, an unarmed 18-year-old, was shot and killed by a police officer. The grand jury decision not to indict the officer was announced, sparking protests in Ferguson and cities across the U.S., including Chicago, Los Angeles, New York, and Boston. The protests continued as another officer was not indicted for placing Eric Garner in a chokehold, leading to his death, and over the next few years have intensified as case after case of African-American people murdered by vigilantes and police officers come to light, with very few indictments

black odyssey is playing through September 3. Get tickets here.

Lear: Before You Go!

Click Here to learn more about our World Premiere production of ‘Lear’ from our Resident Dramaturg, Philippa Kelly! 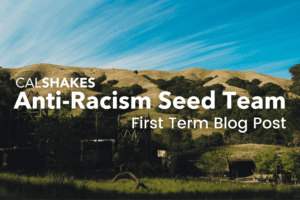 California Shakespeare Theater (CAL SHAKES) redefines the classical theater for the 21st Century on and off stage. During the 2022 Season, our company has cultivated 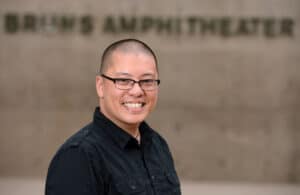